Bored from the regular Android mascot and want to make your own fun android avatar for your digital profile, blog, website or event then you’re surely searching for the app like Androidify. 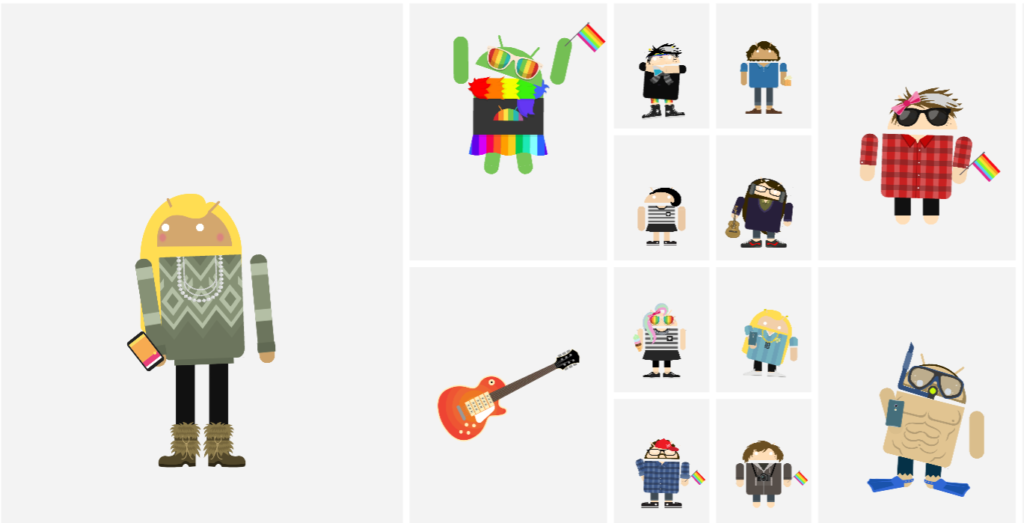 Android was made with the spirit of open source, so as the mascot which is also an open source.

There are a few but powerful apps using which you can make your own avatar.  As most of the apps provide all kind of avatar creation, Androidify is dedicated to Android mascot avatar only.

Androidify has a simple user interface with quick selection tools through which you can select various elements as well as animations for your avatar. Androidify is a small Google internal project with LarvaLabs.

You can use your creations on your Android devices like phones, TVs, tablets, cars and more for free of cost.  The app is available on the Androidify website as well as on Google app store.

The app is made using Pixi.js and WebGL. Pixi.js is one of the most popular 2D rendering engines that plays nice with both WebGL and canvas whereas WebGL is the fastest and most powerful 3D graphics engine so all of your character’s moves are rendered beautifully in real-time.