The storytelling is an art irrespective of the medium of expression. Storyteller expresses the richness of every moment from the means of writing, motion picture or with a simple still shot.  To reach a larger audience a storyteller needs a platform. Nat Geo providing such platform for the photographers to spread their story of choice to a larger number of pair of eyes searching for the beauty of the surrounding.

Each year National Geography hosts Travel photographer of the year contest. The 2017 season is in the process with a lot of stunning entries in all three categories – Nature, Cities, and People. After the 10 weeks long submission phase, now everyone wants to know who will win the grand price of $2,500 and A 10-day trip for two to the Galápagos Islands with National Geographic Expeditions.

Meanwhile, Nat Geo releases their editors’ favorite submissions to the photo contest. We have looked into the gallery and picked some great shots. 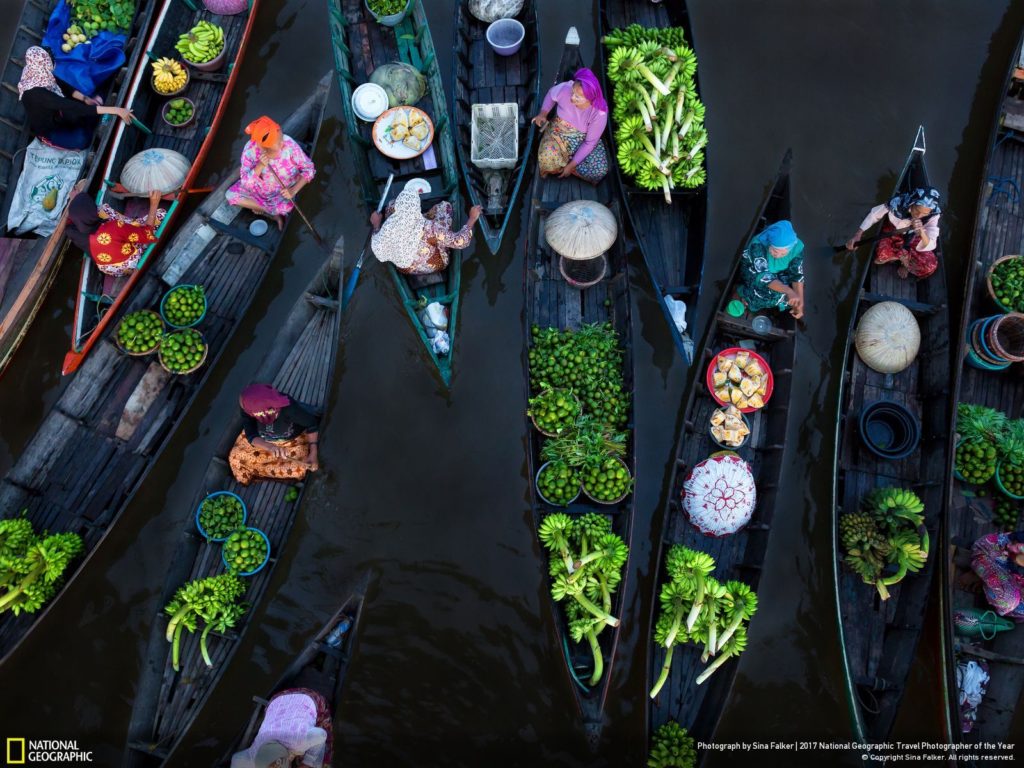 Early in the morning before sunrise, up to a hundred boats meet at the Lok Baintan Floating Market in Indonesia. It is one of the oldest markets in Asia, where the inhabitants of the region still keep up their 500-year-old tradition of trading from wooden boats. The female traders sell products like fresh fruit, vegetables, cakes and meat to other women for later resale while their non-motorized boats are floating down the river.

A New City by Josselin Cornou 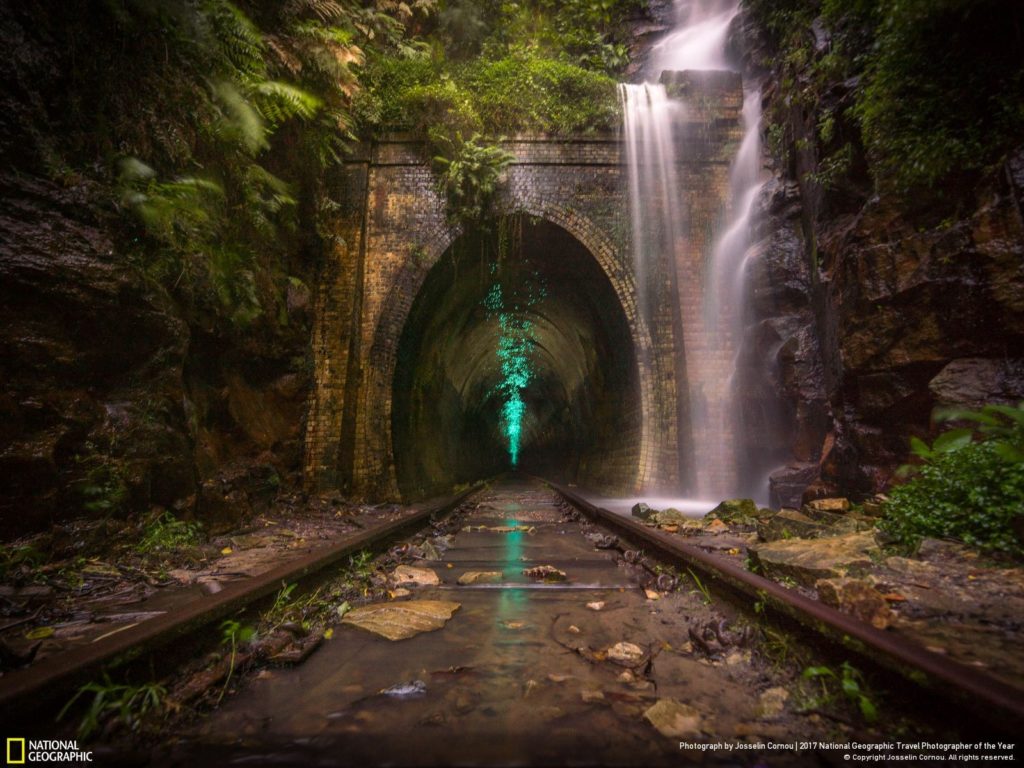 Taking this single shot was only possible under really specific condition – After sunset during a torrential rain. A city of glow worms are populating this old train station, providing beautiful lights on rainy days. The train was used for transport, coal and other raw materials – which are deemed nefast for the environment. Since those ancient days, the environment slowly took back part of this fast but polluting industrialization. Nothing is certain, everything changes. 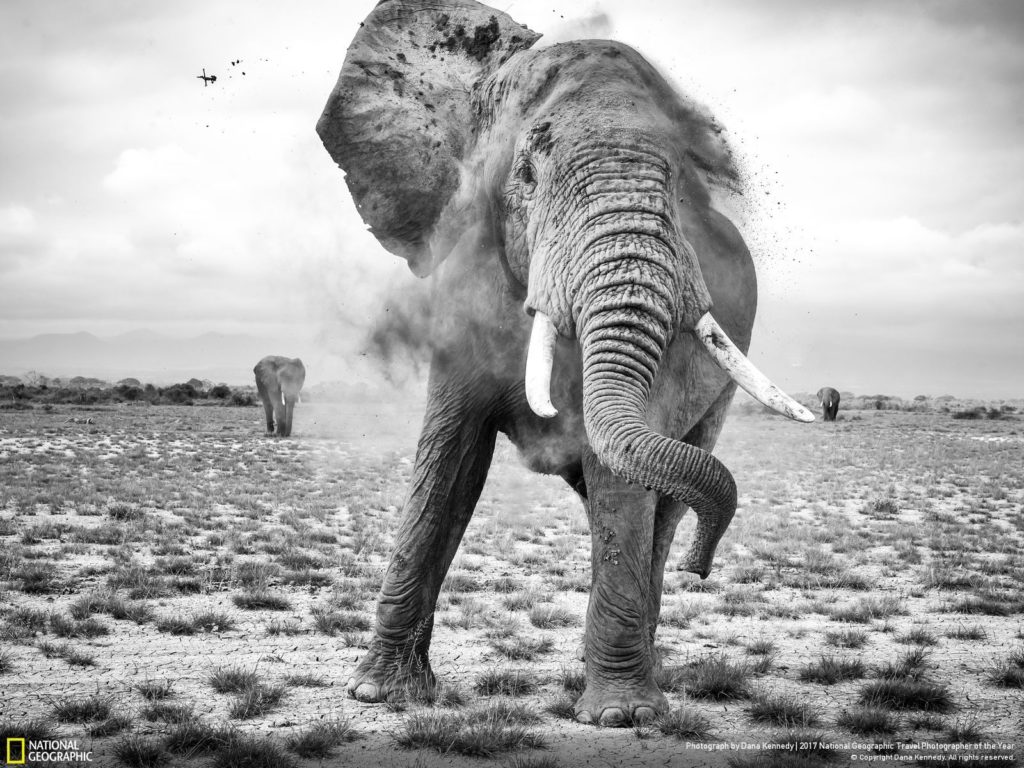 Amboseli is the ultimate canvas in which to encounter Elephants in their natural environment. This Bull Elephant is charging our vehicle – coming within meters of us. Although Elephants “mock” this aggression – one can never be completely immune to the energy that they exude. It was a compelling display of a 12,000 lb giant’s fury – and for me – to experience how it feels to be on the receiving end of that power was humbling. Heart racing and adrenaline high – I managed to get the shot.

Flights in Dreams and Reality by Petr Lovigin 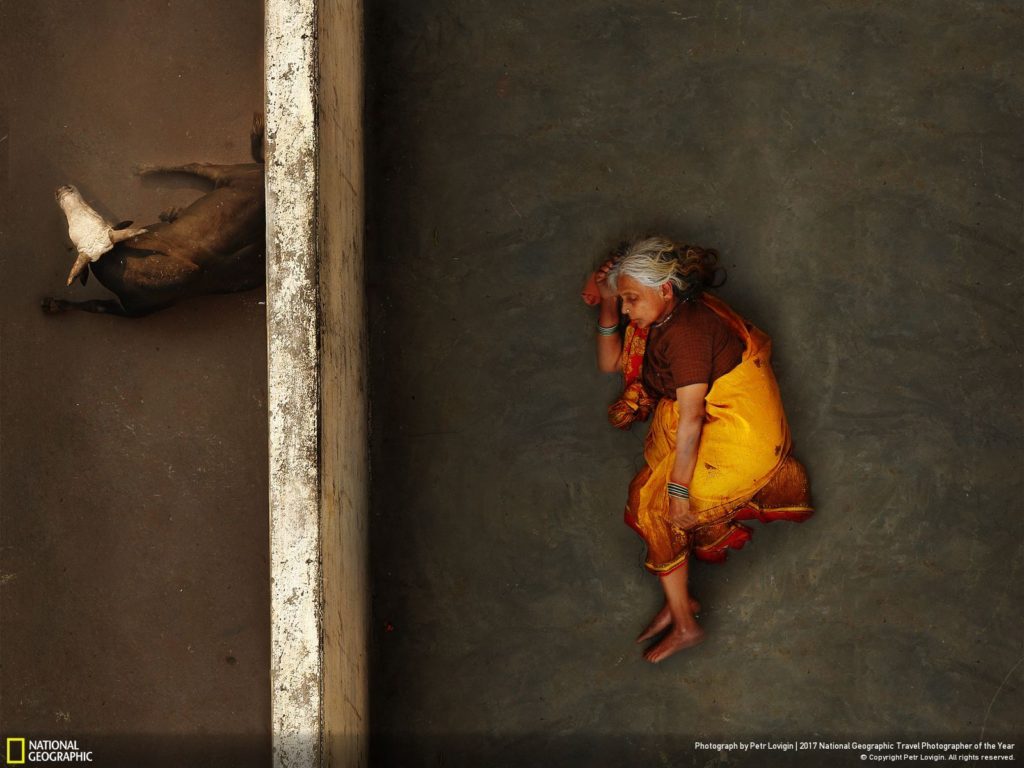 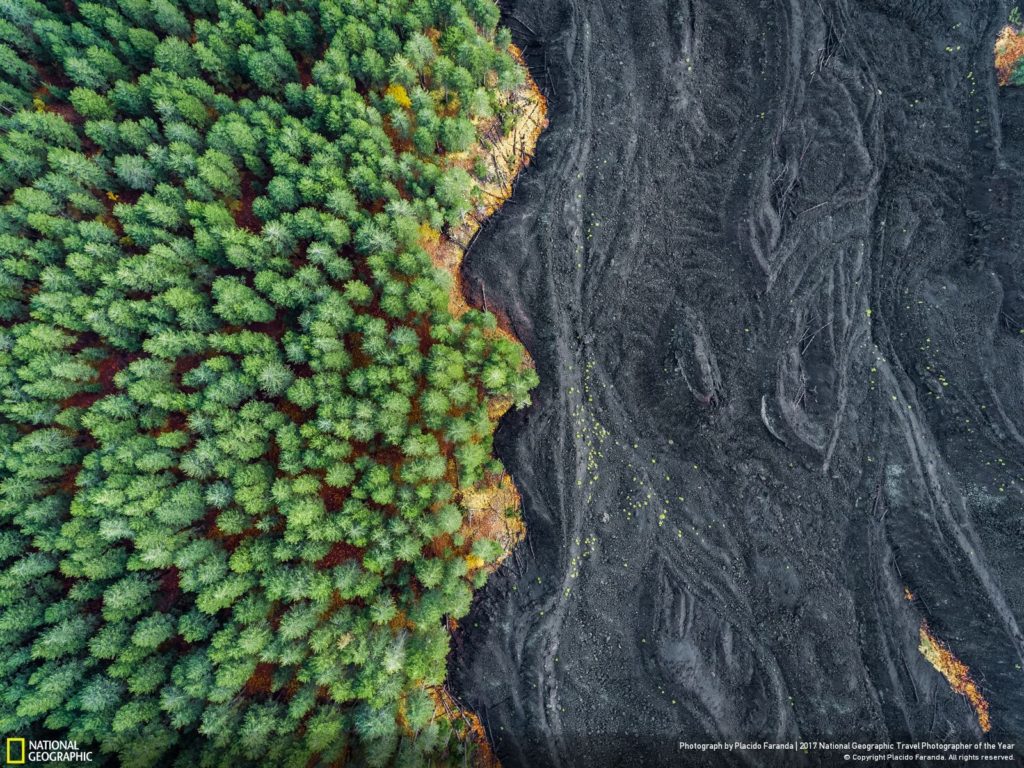 I shot this picture in Sicily, with my drone. Those waves of lava are from Etna’s big eruption back in 2002, this eruption was so spectacular that was recorded by Lucasfilm and integrated into the landscape of the planet Mustafar in the 2005 film Star Wars: Episode III 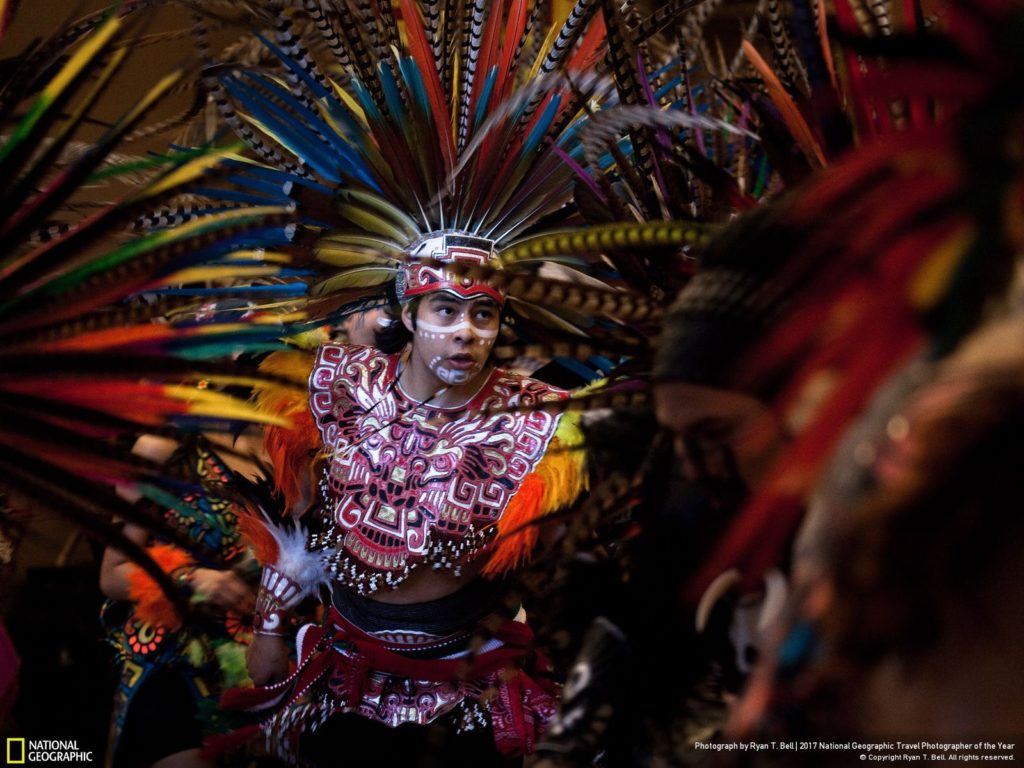 When most people think of Seattle, Washington, they picture cultural icons like Starbucks, Microsoft, and Boeing. But the city is also home to a thriving community of ethnic Aztecs. Here, an Aztec dancer dressed in handmade “atuendo” (traditional dress) dances at an event held in honor of the Aztec New Year (March 12). The Aztec, who are known as the people of the sun, believe they’ve been drawn to live in Seattle, a city of rain, by the Aztec god of water. 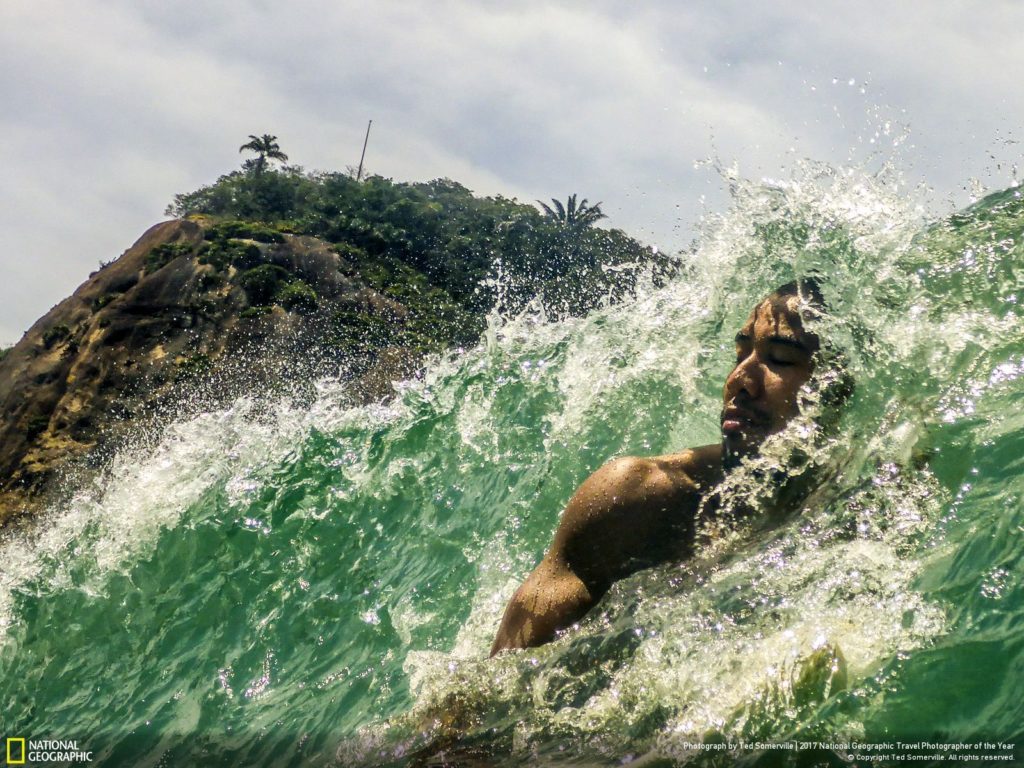 It was an ideal day for surfing just off of Rio de Janeiro’s iconic Copacabana beach, and this man was making the most of it, catching wave after wave. I had my point-and-shoot trained on him since he was smoothest and most skillful of the wave riders, and caught him passing through a wave while he was waiting for a better one in an oncoming swell. 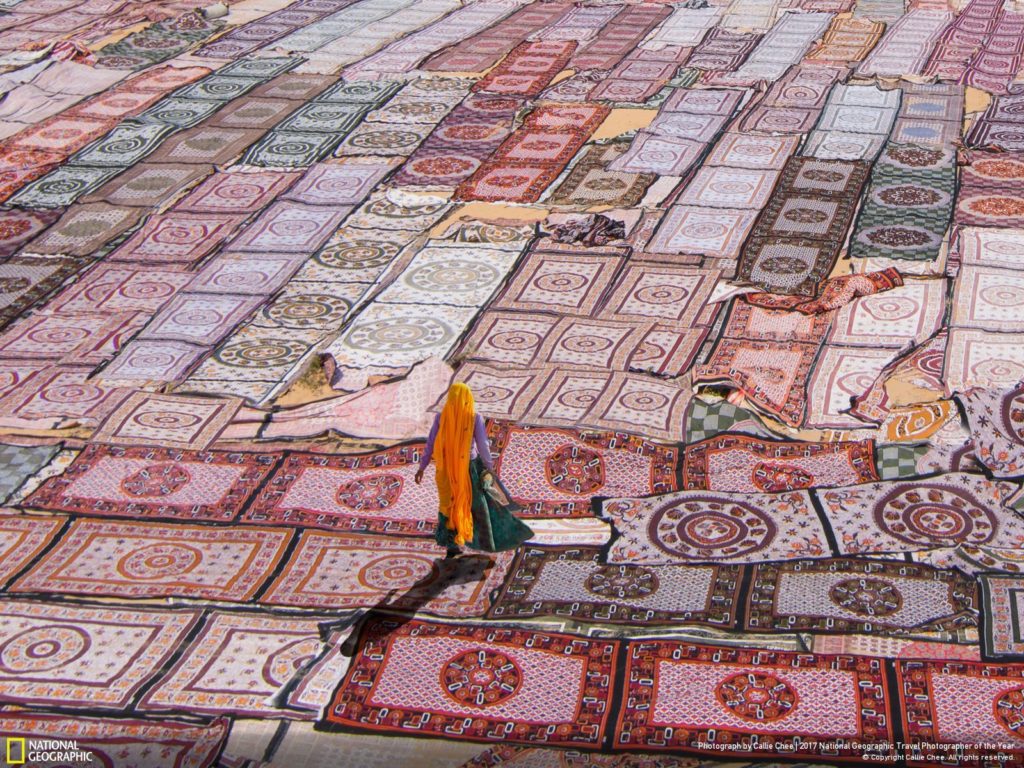 A Rajasthani lady walking across a sea of textiles laid out to dry on a sunny day in Northern India. 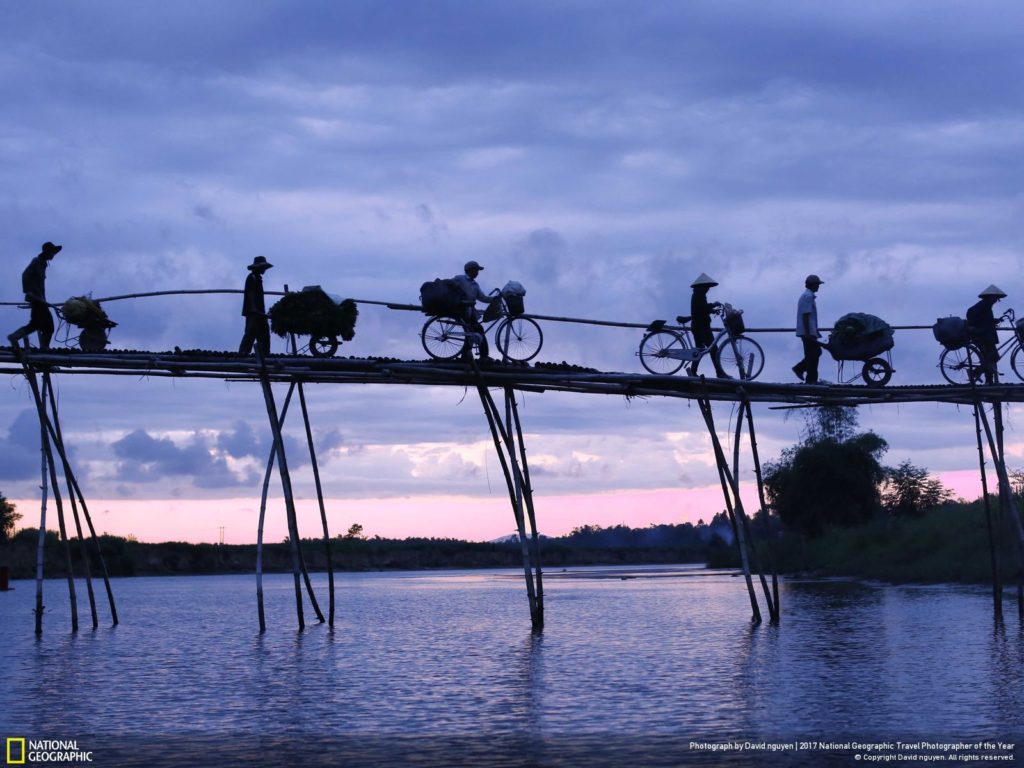 The bridge is made of bamboo, build by the people living in the surrounding villages. The villagers use the bridge daily to cross the river to the vegetable field. The vegetables are brought home at the end of the days to prepare for sale on the next day at the village’s market place. Their lives are routinely like that every day.

Let’s Go Back To Play Holi by Miguel Salas 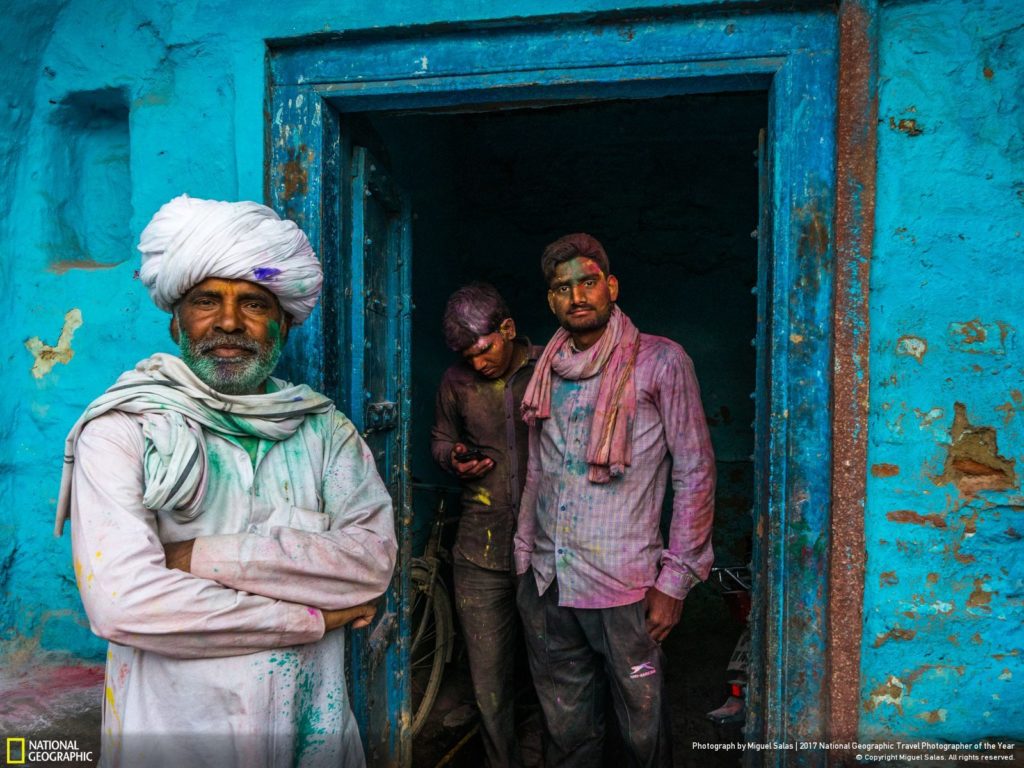 Father and sons were getting ready to leave their house again to keep celebrating Holi in the small town of Barsana, India. 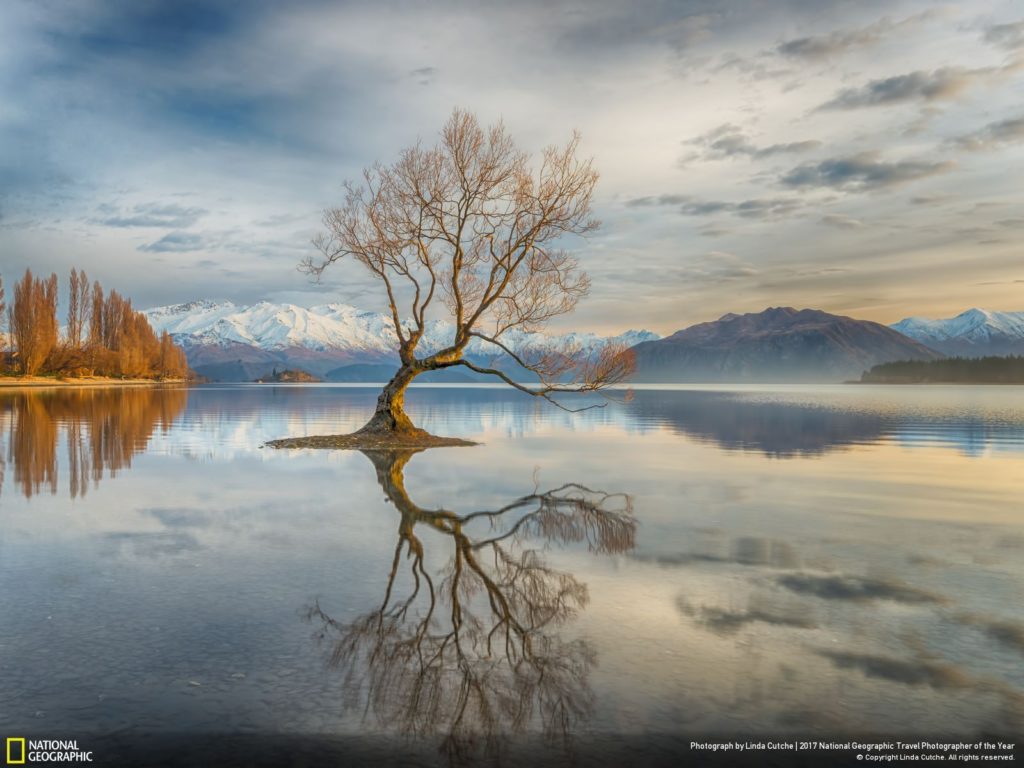 I had heard so much about this famous tree and thought that so many people had photographed it that there was no point in doing so myself. That was until I saw it on this glorious early morning and was drawn to taking my own creation of this.